However, further patents on seeds can still be granted

19 March 2021 / The Technical Board of Appeal at the European Patent Office (EPO) has confirmed the revocation of a patent on melons held by Monsanto (EP1962578). In the patent, Monsanto claims melons with a natural resistance to plant viruses as an ‘invention’; the melons were derived from conventional breeding and not genetically engineered. The resistance was originally detected in Indian melons. This patent was granted by the European Patent Office (EPO) in 2011, even though European patent law does not allow patents on plant varieties or conventional breeding processes. 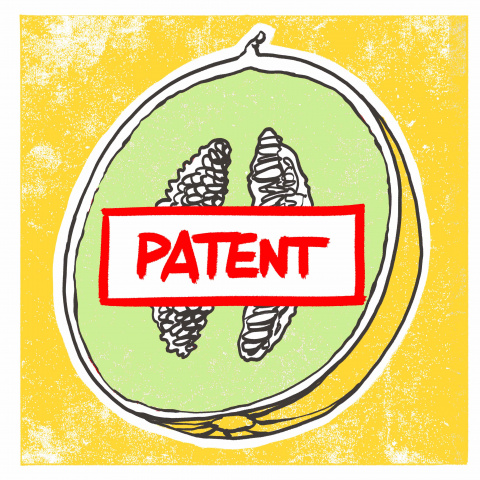 The EPO decision (T1045/16) was taken for technical reasons: Monsanto did not deposit the melon seeds as requested in European patent law. The decision is not likely to have major implications for other, similar patents on conventionally bred plants.

“It is a huge success that the patent has been revoked! Nevertheless, the general problem has still not been solved: further patents on plants and animals can still be granted in future despite existing prohibitions in patent law,” says Katherine Dolan for the international coalition of No Patents on Seeds! which organised the opposition. “The patent was based on ‘essentially biological processes’ for breeding and claimed plant varieties. This was a clear violation of European patent law. However, the EPO decision is not based on these grounds.”

The opposition was filed in 2012 by Arbeitsgemeinschaft Bäuerliche Landwirtschaft (AbL), BUND Naturschutz in Bayern (Friends of the Earth, Bavaria), Berne Declaration (now Public Eye), Gesellschaft für Ökologische Forschung, Greenpeace (Germany), No Patents on Life!, Verband Katholisches Landvolk and the Foundation on Future Farming. The well-known Indian environmental activist, Vandana Shiva, and her organization, Navdanya, also supported the opposition. In a written statement, the Indian government had voiced concerns over violations of Indian laws and other international treaties against biopiracy. The patent was revoked in 2016. This latest decision was confirmed by the Technical Board of Appeal of the EPO (T1045/16) after an appeal by Monsanto.

To stop further patents being granted on seeds, No Patents on Seeds!, together with other organisations, led a signature campaign to close all legal loopholes which still allow patents on plants and animals. These signatures will be handed over to the EPO on 22 March 2021. A recent No Patents on Seeds! report reveals how industry uses several legal loopholes to circumvent current legal prohibitions. Several dozen patents on plants derived from conventional breeding have already been granted in recent years. Therefore, the Administrative Council of the EPO, which will meet on 23 March, is urged to take further steps to stop these patents.

The melon patent on our homepage

The latest No patents on seeds! report

The No patents on seeds! signature campaign