The EPO and the European Patent Convention 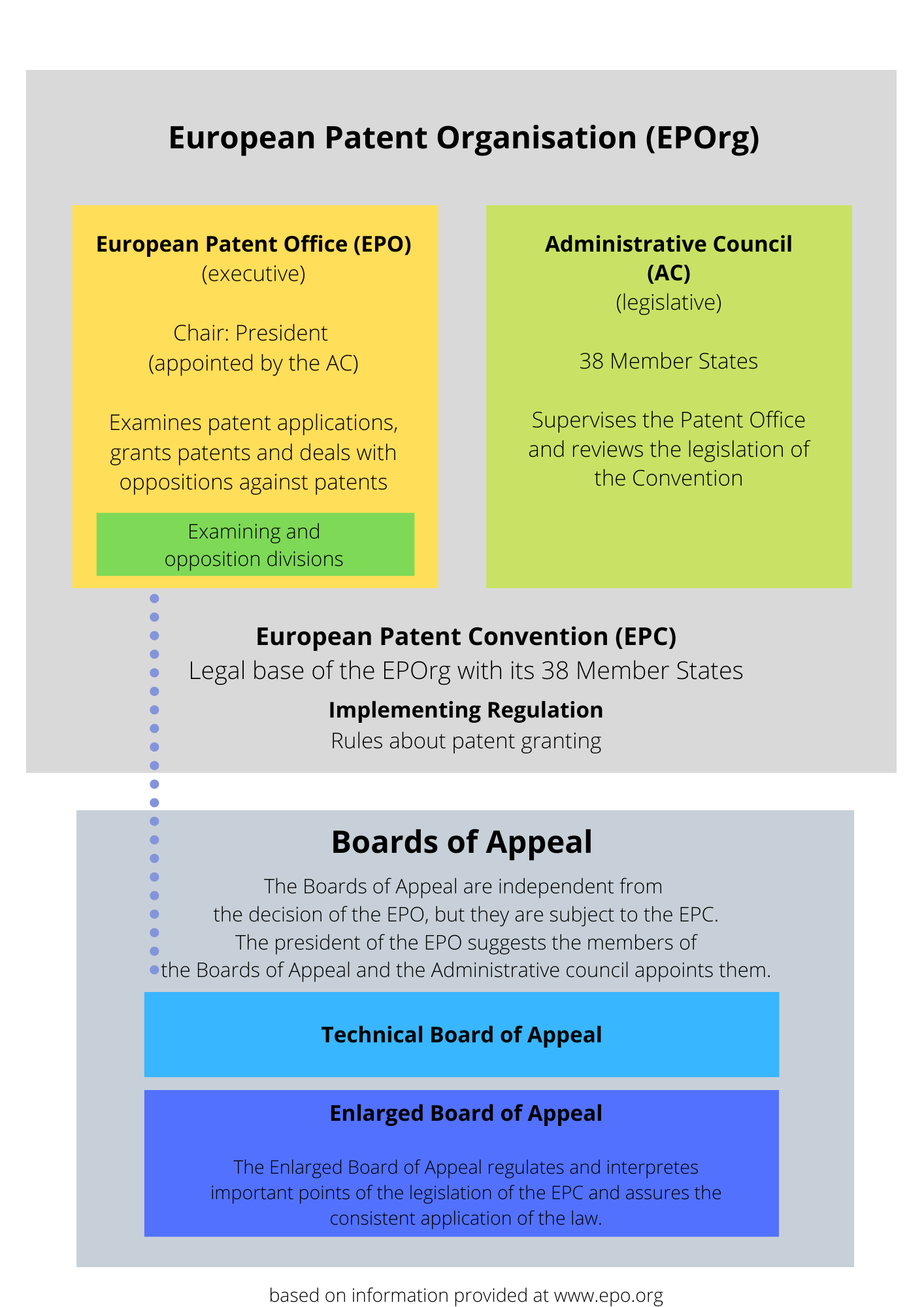 The two Boards of Appeal are supposedly, at least partially, independent of the EPO in their decisions. However, all members of the boards and divisions are employed or appointed by the European Patent Organisation, including some external members who are part of the Enlarged Board of Appeal. The Enlarged Board of Appeal cannot be addressed directly either as an opponent or appellant. The decision on whether a case can be referred and which questions should be forwarded to the Enlarged Board of Appeal is taken by EPO institutions such as the Technical Board of Appeal and the President. The structure of the EPOorg is not designed to foresee real independent legal supervision and is not controlled by international courts. This is a highly problematic situation for the overall functioning of the patent office. The EPO derives its budget from granting and examining patents. Its budget is mostly based on fees from patent holders (revenue from patent and procedural fees in 2016: 1.813 million € with steady increase over last years: 2017: 1.860 mio €; 2018: 1.935 mio €). Consequently, the patent office has its own vested interest in receiving applications and granting patents (Financial Statements Accounting Period 2016). Patent applicants - not society in general - are the real clients of the EPO. Industry and the EPO are both on the same side of the coin, with no independent judicial control. The Administrative Council acts to a limited extent as a legislative body for the EPO, with its statutes giving a degree of political control. The council is made up of the following members and observers who regularly takes part in the meetings:

While the stakeholders participating at the Administrative Council meetings such as BUSINESSEUROPE or epi are heavily weighted in favour of vested interests in obtaining patents, other civil society organisations are not represented at all. At the same time, delegates from contracting states are mostly part of the ‘patent system’, so that effective political control and representation of the interests of the general public can hardly be expected. As a consequence, the European Patent Organisation has to be seen as a mechanism designed to push through patents to satisfy vested economic interests; there are no independent controls in place, nor any participation from broader public. Consequently, the EPO is driven largely by its own economic interests and its affiliated patent industry.