Demonstration: Hands off our food plants!

27 March 2019 / On this day, the Administrative Council of the European Patent Office (EPO) meets to negotiate the patentability of conventionally bred plants and animals. Industrial representatives were the only invitees to the negotiations. Therefore, around 30 organisations called for a demonstration to ensure that the general publics’ interests are not being left out.

In June 2017, after protests by civil society organisations and with the backing of EU institutions, the Administrative Council took a decision that patents would not be allowed on plants and animals derived from conventional breeding, or produced without using genetic engineering. However, in December 2018, a Technical Board of Appeal of the EPO decided that this decision would not be legally enforced. This means that such patents can now be granted.

The prohibition of the Administrative Council was flawed from the beginning: processes which use randomly triggered mutations were considered to be patentable inventions. Such patents could affect thousands of plant varieties because these processes have already been used in conventional breeding for more than 50 years. Consequently, we are now faced with a legally chaotic situation at the EPO: the Administrative Council decision is neither legally enforceable nor sufficient. This situation is especially advantageous to large companies, such as Bayer (Monsanto), Syngenta and BASF, who are aiming to monopolise seeds and plants, and thereby take control of basic resources for producing our daily food. Some of these companies are even demanding that patents that were revoked are now reinstated.

In the light of this development, No patents on seeds! demands:

The Call to the Demonstration 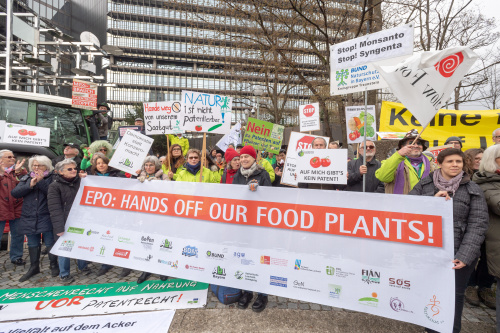 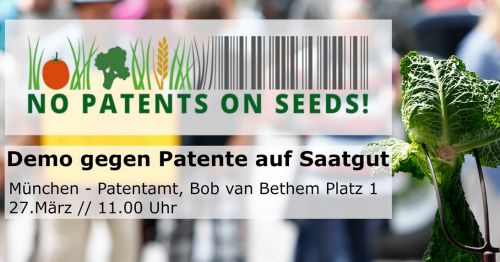 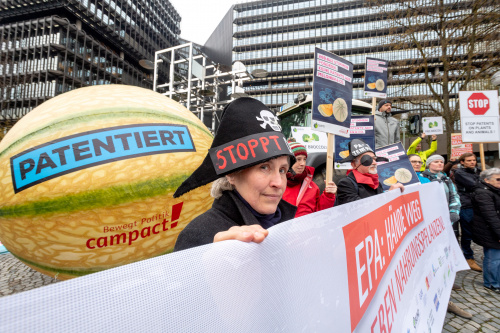 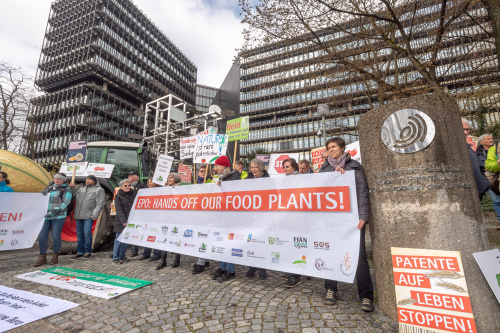 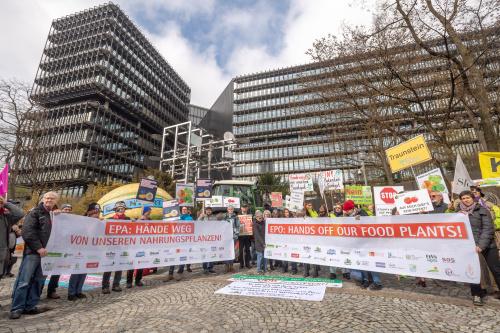 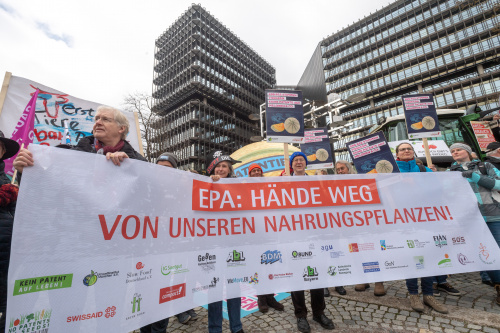 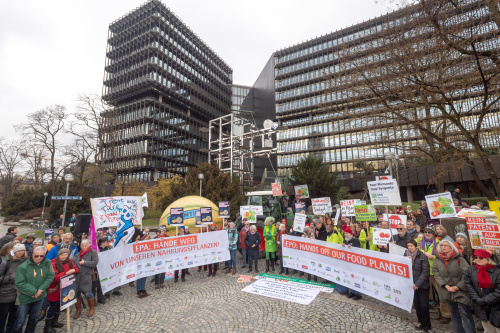 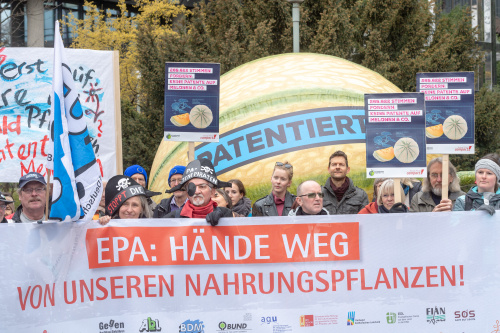