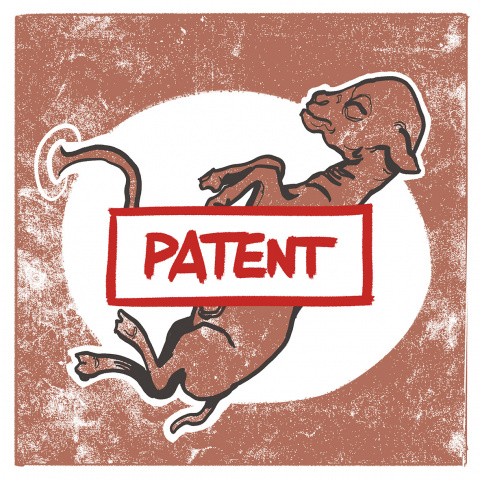 Inguran is a US company with a history of filing patents on livestock breeding and engaging in long lasting legal battles in the US over patents, often involving other companies such as Genus and ABS Global. Inguran is now trying to expand its business and obtain a patent on using embryos of mammalian species for the extraction of cells (gametes, such as oocytes and sperm cells) to be used in further breeding (WO2019100018). This would mean that several breeding generations can be created without involving adult animals: “the invention encompasses selecting one or more embryos - rather than reproductively mature animals - as parents of the next generation in a breeding programme“.

What does the company claim to have ‘invented’? In short, Inguran proposes extrating gametes from embryos: “One aspect of the invention comprises deriving gametes, both oocytes and sperm, directly from in vitro, or in vivo, embryos.” They list mammalian species such as “swine, ovine, bovine, equine, deer, elk, buffalo, or the like (…).” Also “non-human mammalian species such as canines and felines, as well as primates, including but not limited to chimpanzees, and gorillas, as well as whales, dolphins and other marine mammals” are listed in the description of the patent.

The ‘invention’ is supposed to save on costs and speed up breeding: “the invention allows a breeder to greatly reduce or entirely eliminate the need for maintaining and caring for young and adult animals”. Inguran suggests applying the process over several generations: “This process is repeated multiple times, with each set of derived gametes used to generate a subsequent generation of embryos.” The patent application includes an additional technical topping, i.e. generating embryos via methods such as cloning and using embryonic stem cells.

Inguran’s patent even claims the method to “generate a line of non-human mammalian species.” The wording of the claim means that any resulting animals are considered to be a patented invention.

The ‘invention’ raises substantial and profound ethical questions related to animal welfare, which have apparently been set aside in favour of expected profits. The embryos are obtained from brood animals that are subsequently destroyed – this is clearly animal cruelty and would unnecessarily turn breeding into an abuse of animal welfare.

which allows them IP rights. Even though ultimately the patent is based on crossing and selection (of embryos) it might escape the prohibition as defined in the decision taken by the Administrative Council in 2017, which allows patents even in cases where no targeted technical intervention is involved. The patent application clearly shows the need to restrict patents in animal breeding to purely technical processes which do not involve any animal suffering.