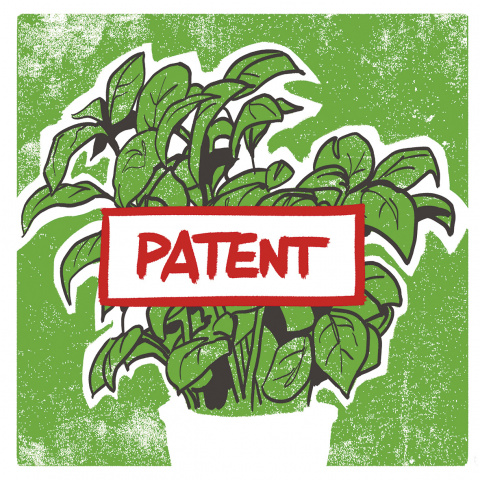 What does the company claim to have ‘invented’? Wild plants ‘found’ in a USDA seed bank (India and other regions in Asia are believed to be the origin) were found to show resistance to downy mildew and were subsequently crossed with commercially traded varieties.
In summary, the process described in the patent starts with well-known methods of exposing plants to diseases. Plants identified during this process can be used for further breeding without any further technicalities.
In addition, the company performed some technical procedures, which are, however, not necessary to obtain the respective plants, but are simply used as a ‘technical topping’ to hide the fact that there is no real invention: some DNA sequences were identified that correlated with the desired phenotype (marker genes), and which were supposed to enable identification of the plants via genotyping. In the patent, BASF claims the plants as well as pollen and seeds and all further breeding with the patented basil as its ‘technical invention’.