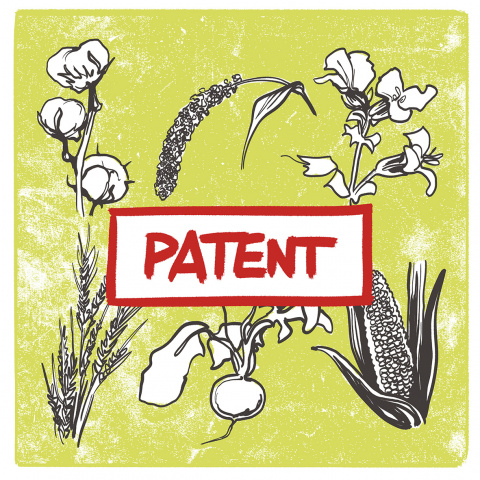 The company Kleinwanzlebener Saatzucht (KWS), together with the University of Zuerich, claims around 80 plant species resistant to the fungal disease northern corn leaf blight (WO2019038339, EP3447135) that occurs, e.g. in maize.

What does the company claim to have ‘invented’? KWS exposed plants from several sources to the fungal disease. The plants which showed resistance were analysed in more detail, and the relevant DNA sequences related to the biology of the cell membrane and its response to the disease were identified.

Furthermore, the patent is not restricted to random mutagenesis but extended to every conceivable method that might be used, including new methods of genetic engineering.

Based on this concept, the company claims not only the application of the method, but also all the resulting plants and offspring thereof from around 80 plant species. Species such as barley, sorghum, corn, rice, beets, rape, eucalyptus and onions are listed.

This example shows how the company has used a ‘technical topping’ to hide the fact that there is no proper invention. In reality, they used standard conventional breeding methods, such as exposure to plant diseases, followed by further crossing and selection. KWS claims an extremely broad range of plants as its invention, wholly based on a known method.

This example illustrates the systematic way in which the company exploited the legal loopholes in the 2017 Administrative Council decision, which left random mutations open to patentability as inventions. Moreover, the Administrative Council cleared the way for claims which systematically blur the fundamental differences between conventional breeding and genetic engineering.

Despite KWS being concerned that patents in conventional breeding might trigger problems for plant breeding innovation (see here), the above patent application still tries to exploit the the legal loopholes in the 2017 Administrative Council decision, which left random mutations open to patentability as inventions. By doing so, the company is blurring the fundamental differences between conventional breeding and genetic engineering.