Patent could hamper adaptation of soybeans to climate change 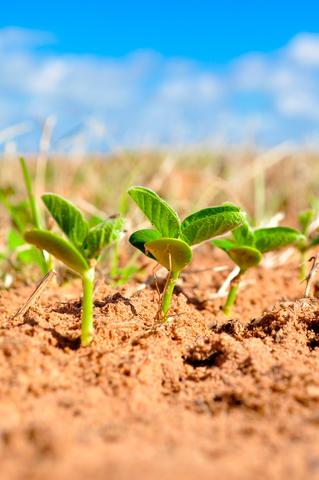 A hearing will take place tomorrow at the EPO in The Hague on an opposition filed by the coalition “No Patents on Seeds!” against a patent held by the US company Monsanto. The patent EP 2134870 was granted by the European Patent Office in February 2014. It covers the selection of plants that have adapted to various climate zones. According to the wording of the patent, the genomes of more than 250 “exotic” plants were examined in regard to their adaptation to various climate conditions and their time for harvest. These plants represent around 20 wild and cultivated species related to soybeans found in Asia and Australia. The Monsanto patent covers the use of hundreds of gene sequences that reflect the natural genetic diversity of the plants that were examined and that are needed for the selection of plants for future breeding. The opposition is based, amongst others, on Article 53(b) of the European Patent Convention (EPC) that prohibits the patenting of methods of crossing or selection of plants used for conventional breeding. In July 2017, the Administrative Council of the EPO, that is composed of representatives of 38 member states, adopted new rules for tightening this prohibition. The upcoming decision is the first that will be taken on this basis. However, “No Patents on Seeds!” fears that the patent will not be revoked because there are still too many loopholes in existing prohibitions. “Patent lawyers, companies and the EPO make money out of granting these patents. But we all have to bear the costs and disadvantages they cause: This patent can be used to hamper the breeding of plant varieties that have adapted to climate change,” says Carla Hoinkes from the organisation Public Eye in Switzerland. “Patents like this on plant breeding are a threat to global food security.” For the opponents, the patent is simply bio-piracy. The wording in the patent explicitly says that the soybeans cultivated in the USA only have low biodiversity in contrast to varieties in the Asia-Pacific region. Now Monsanto claims the use of biodiversity from these regions of origin as an invention. “This patent is being used to try and monopolise the use of natural biodiversity. In the medium-term, if these kinds of patents are granted in Europe they will affect smallholders and farmers in southern regions,” says Judith Reusser from the Swiss organisation SWISSAID. “Seeds must remain freely available for further breeding. Only then can we effectively combat hunger and the effects of climate change.”