5 May 2021 / Nunhems (BASF) has been granted a European patent on water melons (EP2814316) derived from conventional breeding. The bushy plants were originally discovered in a garden. The genetic predisposition to bushy growth occurred randomly. Nunhems has simply used commonly known breeding methods to breed melons without seeds from these plants. The main advantage: they need less growing space. The patent covers the plants, the seeds and the fruits. 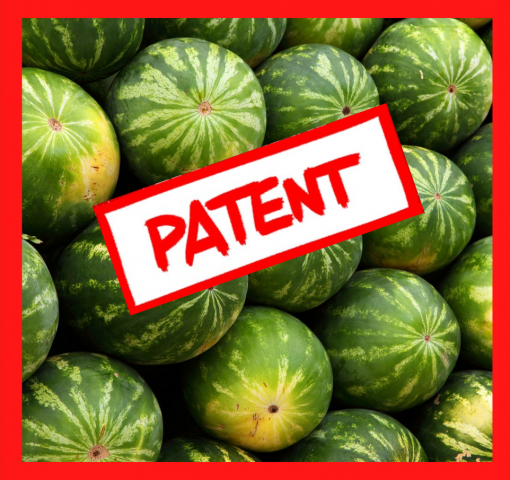 Patents on conventionally bred plants are prohibited in Europe. The European Patent Office (EPO), which makes a profit from granting patents, has nevertheless found ways and means to circumvent the prohibitions: according to a recent EPO decision (G3/19), the prohibition only applies to patents filed after June 2017. The reasoning: the EU published a new interpretation of a Directive which also is applied by the EPO. However, as a No Patents on Seeds! analysis shows, the G3/19 decision is based on a misrepresentation of the facts. In reality, the EU has considered plants and animals derived from conventional breeding to be excluded from patentability since 1998 and has never had allowed any of these patents.

“It is surprising to see how the EPO is twisting the facts. Our analysis shows that the date for the prohibition was set arbitrarily,” says Christoph Then, speaker for No Patents on Seeds! “Consequently, even plants simply discovered in gardens are declared to be technical inventions. While BASF and the EPO are profiting from this situation, the public is being deceived.”

The EPO has added even more legal loopholes: random mutations are regarded as inventions in the same way as genetic engineering. This practice is in contradiction to EU interpretation of patent law.

Against this backdrop, No Patents on Seeds! has initiated a petition demanding the EPO stops granting patents until the open legal questions have been clarified. Over 190.000 people have signed the petition so far. Attention will be drawn to the way in which the EPO deals with these controversial patents in an upcoming public hearing on 8 June 2021. The hearing has been called for the Technical Board of Appeal to take a decision on a patent on barley and beer (EP2373154) held by the breweries Carlsberg and Heineken. The patent is based on a random mutation in the genome of the barley.

The legal analysis of No Patents on Seeds!