Unnoticed by the public, the President of the European Patent Office (EPO) António Campinos has lifted a moratorium imposed on patents covering plants and animals derived from conventional breeding. The examination of such patent applications was suspended in early 2019 because the EPO had taken contradictory decisions in regard to patents on seeds. The President's latest decision was taken before all the relevant key issues had been resolved. In particular, there is confusion as to how conventional breeding methods are defined. In patent law, these are referred to as 'essentially biological’ and are excluded from patentability. 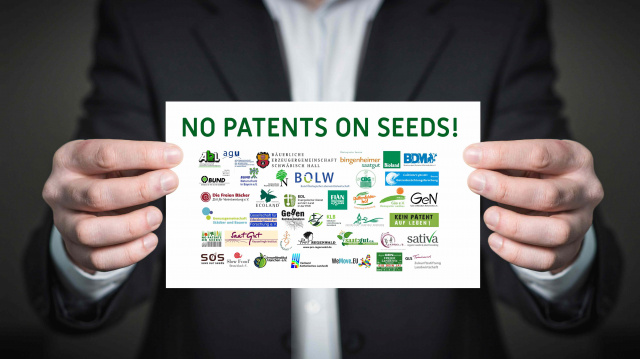 In May 2020, the Enlarged Board of Appeal of the European Patent Office (EPO) confirmed in principle that conventionally bred plants and animals may not be patented (G3/19). However, the EPO's controversial practice of granting patents on plants not derived from genetic engineering but from random processes did not end there.

Examples include patents granted on conventionally bred barley and beer granted to Carlsberg. Oppositions to these patents based on random mutations were rejected by the EPO in October 2018. Other examples include lettuce, melons, onions and tomatoes. With this in mind, gardeners, farmers and breeders who do not use genetic engineering must also expect their seeds or crops to be covered by patent monopolies. However, this contradicts European patent law.

"We hope Minister Lambrecht will indeed take action before further controversial patents are granted. This is not just simply a part of the coalition agreement, it also touches on fundamental questions of justice and ethics,” says Georg Janßen, from the German Union of Family Farmers (AbL). "Patent law must not be misused to take control of agriculture and food production."

In the letter to the minister, the organisations include a demand that patent protection of genetic engineering is limited so that it does not extend to all other plants and animals with corresponding breeding characteristics. In addition, all breeding materials and conventional methods of breeding must be exempt from patentability.

The signatories are also calling for a review of whether the G3/19 decision complies in all aspects with the principles of patent law. The ruling introduces for the first time a transitional rule, according to which patent applications filed before July 2017 are exempt from the validity of the prohibitions. However, this means that dozens of illegally granted patents would continue to be valid. Moreover, many more several hundred of such patents could be granted which are currently pending at the EPO.

The G3/19 decision of the Enlarged Board of Appeal

The decision of the president to resume the granting of patents

The current No patents on seeds! report 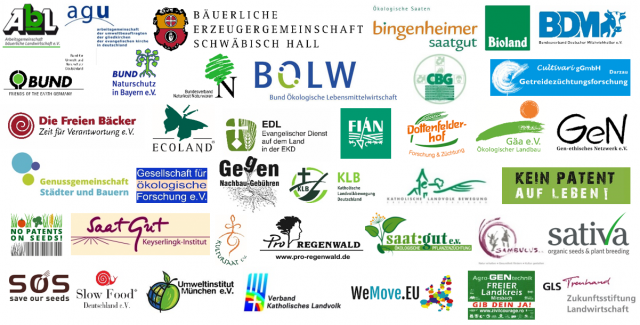