Patent applications covering ‘seeds to meat’and from ‘maize to milk’

Patent on salmon and trout is not just an isolated case 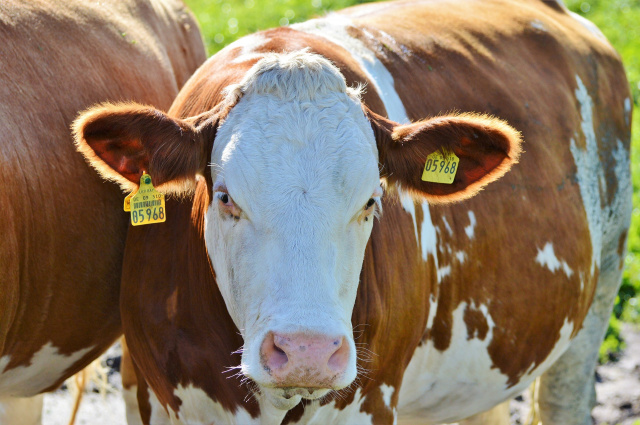 The patent on salmon and trout was granted in October 2018 and recently brought to public attention by “No Patents on Seeds!”. The patent monopoly covers the rearing and feeding of the fish, along with the fish itself. After learning of this case, No Patents on Seeds! researched similar patent applications. This research came to an alarming conclusion: there are several other European patent applications recently filed at the World Patent Institute (WIPO), all following a similar strategy. Starting with plants and feed, also the food products derived from farm animals are claimed as inventions.

For example, Syngenta not only claims genetically engineered maize as its ‘invention’ but also the production of milk and meat from animals fed with such plants: In patent WO2018204245, “a harvested cattle carcass” is part of the invention; and patent WO2019075028 claims a “method of increasing the amount of milk produced by a dairy animal”. While these patents rely on transgenic maize, others such as the patent on salmon also claim usage of conventionally bred plants.

“This is an attempt to make ethically unacceptable profit by abusing patents. The consequences can be serious for animal welfare, farmers and consumers. If such ‘seed to meat’ patents are granted, the patent holders are in a position to control animal food production to a great extent,” Christoph Then for No Patents on Seeds! “If this strategy is successful, companies will in future claim more and more such food monopolies.”

No Patents on Seeds! is demanding a change in the rules for interpreting patent law in order to close these loopholes, it is also calling for the more effective implementation of current prohibitions. However, if a change in the interpretation of current law does not provide sufficient legal certainty and clarity, the European patent law itself needs to be changed accordingly. No Patents on Seeds! is warning that if patents on plants and animals used in food production are granted, this will allow big companies such as Bayer, DowDupont and Syngenta to increasingly take control of agriculture, breeding and food production.

Opposition against the patent on salmon